A Tale of Two Engines

Home A Tale of Two Engines 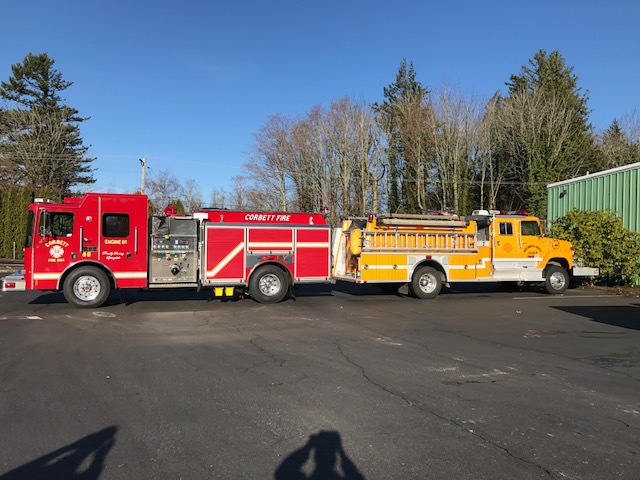 “The photo of the two engines is the new and old. The yellow rig was in service for thirty three years (great piece of equipment, but the new rig has the latest technology) and was replaced by the red rig. 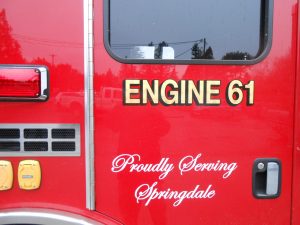 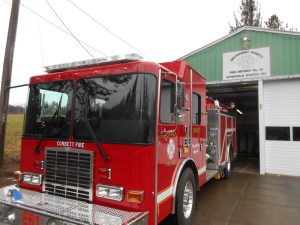 The picture of the red rig and the Springdale Station is the new Engine 61 that went into service in November. It will respond on all fire and medical calls in the Springdale area as well as all major calls in the area of the Corbett Fire District. Approximately 250 calls per year.

The markings on the door reflect a change from the referring to the department as Multnomah County Rural Fire Protection District #14 to the Corbett Fire District. (This is the official tax district number issued by Multnomah County). This is not an official change but just a start referring to the department as we do call the water district Corbett Water District or as we call the school

district -the Corbett School District. The sign on the door “Proudly serving Springdale” is new and reflects that it is placed in the Springdale area in order to make a faster response to that area. “

– Thanks to Dennis Bryson (Past Fire Chief from 1990-1995 and long time volunteer) for sharing this information with Corbett Oregon! 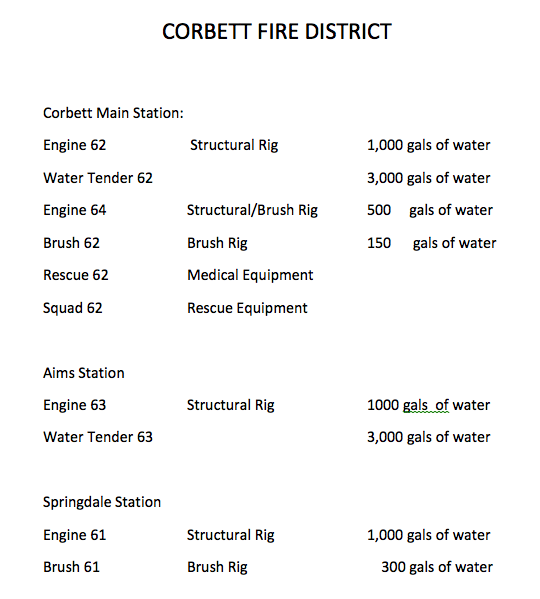