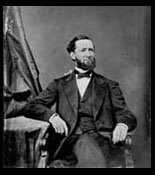 This  community on the Historic Columbia River Highway between  Sandy River and Crown Point was named for Senator Henry  Winslow Corbett, one of Oregon’s prominent pioneer citizens,  for many years a resident of Portland. In 1885, Mr. Corbett  purchased a nearby farm from Ervine J. Taylor, who had moved  down to the Columbia River about the time the railroad was  built in 1882.

For many years there was a station  named Corbett on the Union Pacific Railroad at the base  of the bluff below the community. The station is gone, but  there is a small commercial cluster where Corbett Hill Road  leaves 1-84 and climbs the hill to connect to the historic  highway. The first post office at what is now Corbett was  Leader, established in July 1881. The name of this office  was changed to Taylor in 1882 and moved down to the river  by Ervine Taylor. Corbett post office was later established  December 20, 1895, with William H. H. Reed first postmaster.  Reed Island on the Washington side of the Columbia River  was named for Reed who lived there until washed out by the  1894 flood, after which he moved up to Corbett.

Corbett is part of the Portland, Oregon-Vancouver, Washington greater metropolitan area and is located on the historic Columbia River Highway. Corbett is located in Multnomah County and has a population of about 2,300 residents. This small community is about 18 miles from Portland Oregon.

Do  you have photos or something to add to Corbett’s  History Page?

Are you a long time resident  and would like to post a letter about the  coldest winter you remember? If you can submit something to be posted or share something to help create a more full figured view of our amazing area – please send it in! You can also visit the Crown Point Country Historical Society web site here.